How can a complex of just 22 different polypeptides bind and transport dozends or hunderds of distinct proteins?  So far, only three binding sites for cargoes on IFT particles have been identified:  The best characterized cargo binding  site is the tubulin binding module formed by the N-terminal domains of IFT81 and IFT74 (Bhogaraju et al. 2013; Kubo et al. 2016). Further, the N-terminus of IFT46 (Hou et al. 2007) and the potential cargo adapter Oda16p (Ahmed et al. 2008) are required for the transport of preassembled outer dynein arms into the flagellum; oda16 and ift46 IFT46-N mutants, however, assemble flagella at a much reduced rate indicative for additional defects in IFT.  The IFT proteins IFT25 and IFT27, which are present in mammals and Chlamydomonas but absent from the genomes of C. elegans, are required for the retrograde IFT of BBSomes (Eguether et al. 2014).  Thus, our knowledge on how  IFT interacts with various cargo proteins is very limited.

Jenna Wingfield analyzed the role of the N-terminal CH domain of IFT54, which has also been shown to bind to tubulin in vitro (Taschner et al. 2016).  An insertional mutant in IFT54 was rescued with a truncated IFT54 lacking the CH-domain.  The strain assembled full length cilia at notmal rates indication that the CH-domain of IFT54 is dispensable for cilia assembly.

2) Regulation of cargo transport by IFT

Using direct imaging, we showed that α- and β-tubulin, the dynein regulatory complex subunits DRC2 and DRC4, the central pair protein PF16, the radial spoke proteins RSP3 and RSP4, the outer dynein subunits IC2 and the inner dynein I1 subunit IC140 are moved by IFT (Wren et al. 2013; Craft et al. 2015; unpublished with colaborators, reviewed in: Lechtreck 2015).  Thus, IFT functions in the transport of axonemal proteins. We wondered whether the amount of protein transported into cilia via IFT is regulated.  Conceivably, insufficient delivery of tubulin, the main structural protein of cilia, could result in shorter cilia while surplus tubulin could result in cilia exceeding their set length; both conditions are known to contribute to ciliopathies (i.e. diseases caused by defective cilia).  Two-color imaging of IFT trains with the associated cargoes showed that the trains are highly loaded with tubulin and other structural proteins while cilia grow but essentially devoid of these cargoes once cilia reach their set length (Craft et al. 2015).  Thus, cells regulate the amount of cargo present on IFT trains.  In single cells possessing both short growing and long non-growing cilia, IFT trains entering the short cilia were highly loaded with tubulin while those entering the long cilia were largely empty with respect to this cargo.  In conclusions, cells regulate the degree to which IFT trains are loaded with axonemal precursors in a ciliary length dependent manner and in a cilium-autonomous manner.

What is the mechanism by which cells regulate how much protein is bound to an IFT train?  While this question is central to our research, we are still completely in the dark.  We consider biochemical modifications of the IFT proteins (or cargoes), differences in IFT train assembly, differences in the admission of trains into cilia, and mechanisms to locally concentrate cargoes a spotential regulators of cargo loading. Notably, cells can differentially regulate the loading of IFT trains entering their two flagella (i.e. high loading of IFT in short growing flagella while minimal loading in the neighboring long non-growing flagellum).  The two basla bodies (i.e. bsal bodies are organizing centers for cilia) are only a few 100 nm apart suggesting a highly localized mechanism.

3) How do cells meassure ciliary length?

How cells control the size of their organelles is a question of considerable interest and discussion.  With respect to cilia, nummerous models of how cells might meassure cilia length  (= size) exist (Marshall 2015; Ludington et al. 2015) . The balance-point model of ciliary size control, for example, postulated that cilia length is controlled by the limited transport capacity of the IFT system.  Our data, however, suggest that cells actually measure the length of their cilia and respond to cilia of insufficient length by increasing the amount of structural proteins carried via IFT into the cilia. In two ciliary length mutants, the length dependent control of tubulin transport by IFT was disturbed (Craft et al, 2015).  Our data indicate that the control of cargo import into cilia via IFT contributes to ciliary length regulation and we proposed the differential cargo loadinng model of ciliary length control (Wren et al. 2013).  We will try to identify the sensory system used by cells to determine the length of their cilia and how this signal is modulating the loading of IFT trains with cargo proteins.  The system is likely to involve various CDK-like and MAP kinases identified by the Lefebvre lab, Pan lab, and others.  Nummerous models of how cells might meassure cilia length exist.

4) Keeping the cilium clean: IFT as a scavenger

Many (small) cell body proteins are likely to enter cilia via diffusion.  An example is the membrane-associated signaling protein phospholipase D (PLD), which is very efficiently (>99.8%) excluded from cilia of wild-type cells, but relatively abundant in cilia of Chlamydomonas bbs mutants.  bbs mutants are defective in the BBSome, a small protein complex that cycles in association with IFT through cilia (Lechtreck et al. 2009).  In humans, defects in the BBSome cause Bardet-Biedl syndrome, a condition predominately characterized by blindness, kidney anomalies, and obesity.  PLD also accumulates in cilia when IFT is switched off suggesting that BBSome function depends on IFT (Lechtreck et al. 2013).  We postulated that Bardet-Bield syndrome could be caused by an accumulation of cell body proteins in cilia over time due to defective protein export.  This initially controversial hypothesis has lately gained support:  In mammalian Bbs mutants, an accumulation of non-ciliary proteins in sensory cilia has been linked to retinal degeneration and blindness (Datta et al. 2015, PNAS, 112:E4400).

How does the BBSome identify proteins which need to be removed from cilia?  Dr. Peiwei Liu (postdoc) successfully tagged PLD with GFP for in vivo imaging.  He  showed that PLD can only move by IFT in the presence of intact BBSomes while it moves by diffusion inside bbs mutant cilia. Using a series of truncated and otherwise modified PLD molecules, we now try to determine the requirements for PLD binding to the BBSome.  Similarly important is the question whether the BBS/IFT pathway simply removes proteins such as PLD or whether the pathway is used to regulate the concentration of such proteins within the cilium.  bbs mutants are unable to orient themselves in the light (non-phototactic) and we analyze whether the levels of PLD inside cilia modulate the ability of the cell to phototax.

5) How do cells know whether they possess cilia or not?

When Chlamydomonas loses its cilia, the cells possess the amazing ability to reassemble full-length fully function cilia within about 60 minutes.  Classical experiments showed that the cell have a pool of ciliary precursor proteins sufficinet to assmeble cilia of ~half the normal length.  The expression of the genes encoding ciliary proteins is upregulated briefly after flagella amputation to replenish the precursor pool and to provide proteins required for the assembly of full-length cilia.  How the cell sense the loss of cilia and upregulate the expression of a large group of cilia genes remains unknown.  Peiwei Liu uses a reporter construct, in which luciferase is expressed under the control of the regulator elements of a flagellar-protien encoding gene.  Luciferase activity is strongly upregulated after flagella amputation by a pH shock or via mechanical shear.  Using chemical and insertional mutagenesis, we are now trying to identify strains which fail to properely regulate the reporter gene.  The goal is to unravel the conection between the cilium and the regulation of gene expression in the nucleus.

IFT is required for the assembly of most eukaryotic cilia and ha sbeen shown to function in the transport of ciliary proteins during assembly.  However, IFT trains continue to cycle through full-length cilia.  Then, they are essentially devoid of structural ciliary proteins raising the question after the role of IFT in fully assembled cilia.  We hypothesize that IFT functions in removing cell body proteins from the cilium which invade the organelle by diffusion.  This raises the question how IFT trains recognize and bind proteins which need to be exported while leaving resident ciliary proteins in place.

How does IFT identify cargoes for retrograde transport?  Due to the hierachical assembly of the axoneme, certain mutations prevent the assembly of entire axonemal substructures, e.g., mutations in katanin prevent the assembly of the central pair apparatus and mutations in oda3 prevent binding of the outer dynein arms to the axoneme.  In such sitations, the subunits of the respective structure remain soluble in the ciliary matrix.  We noticed that such mutations typically cause defects in the distribution of IFT proteins (Lechtreck et al. 2013). Preliminary data using GFP-tagged version of such undeliverable proteins indicated increased rates of retrograde transport.  We will; now explore the mechanism unlying the retrograde transport of proteins, which accumulate in the ciliary matrix because the appropiate docking sites are missing. 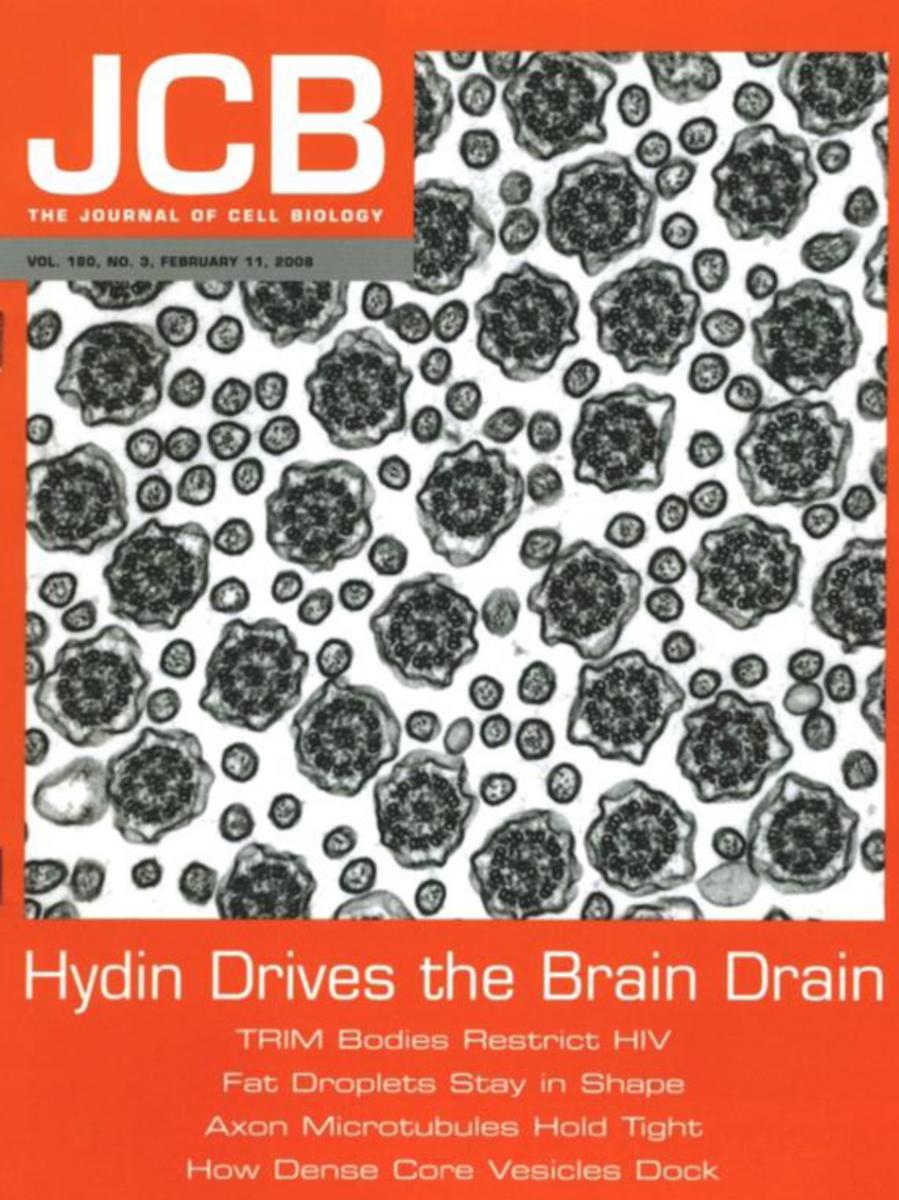 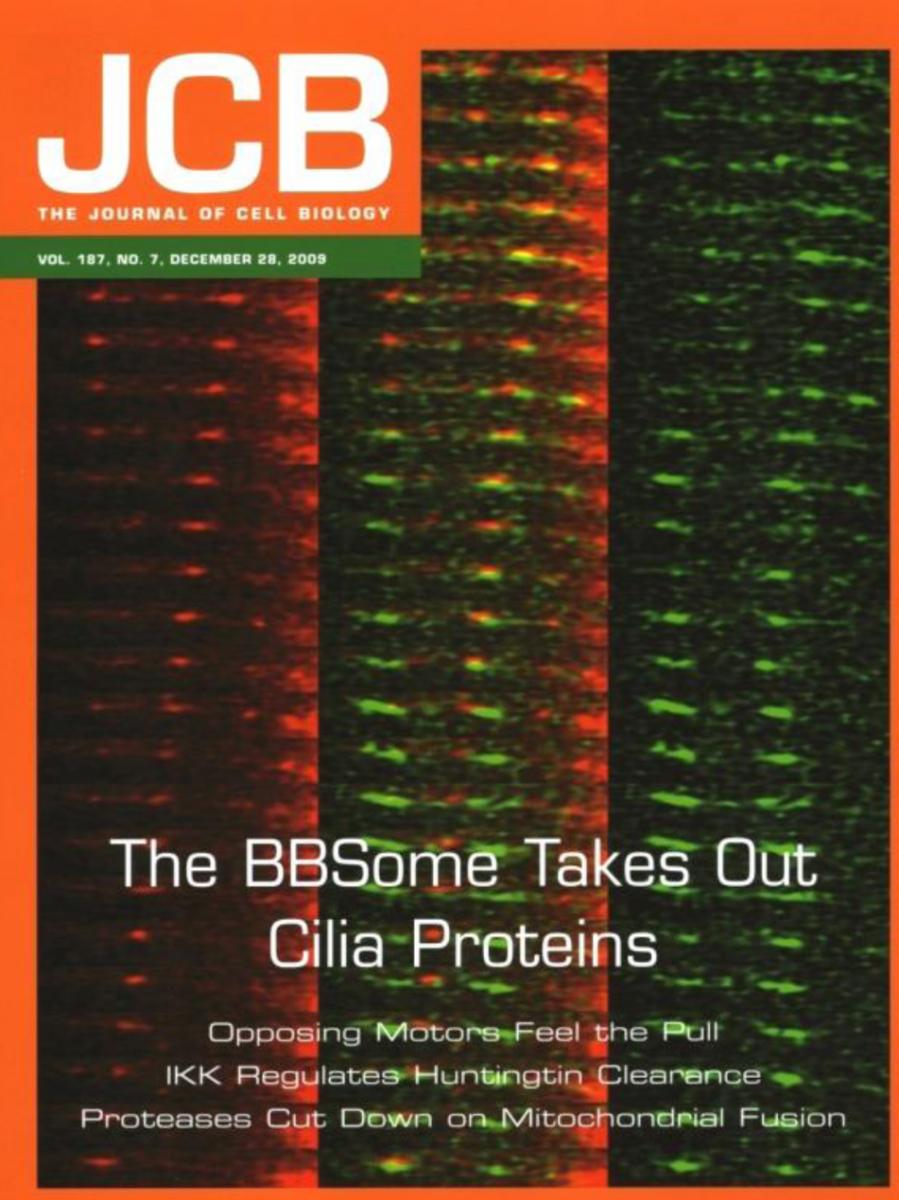 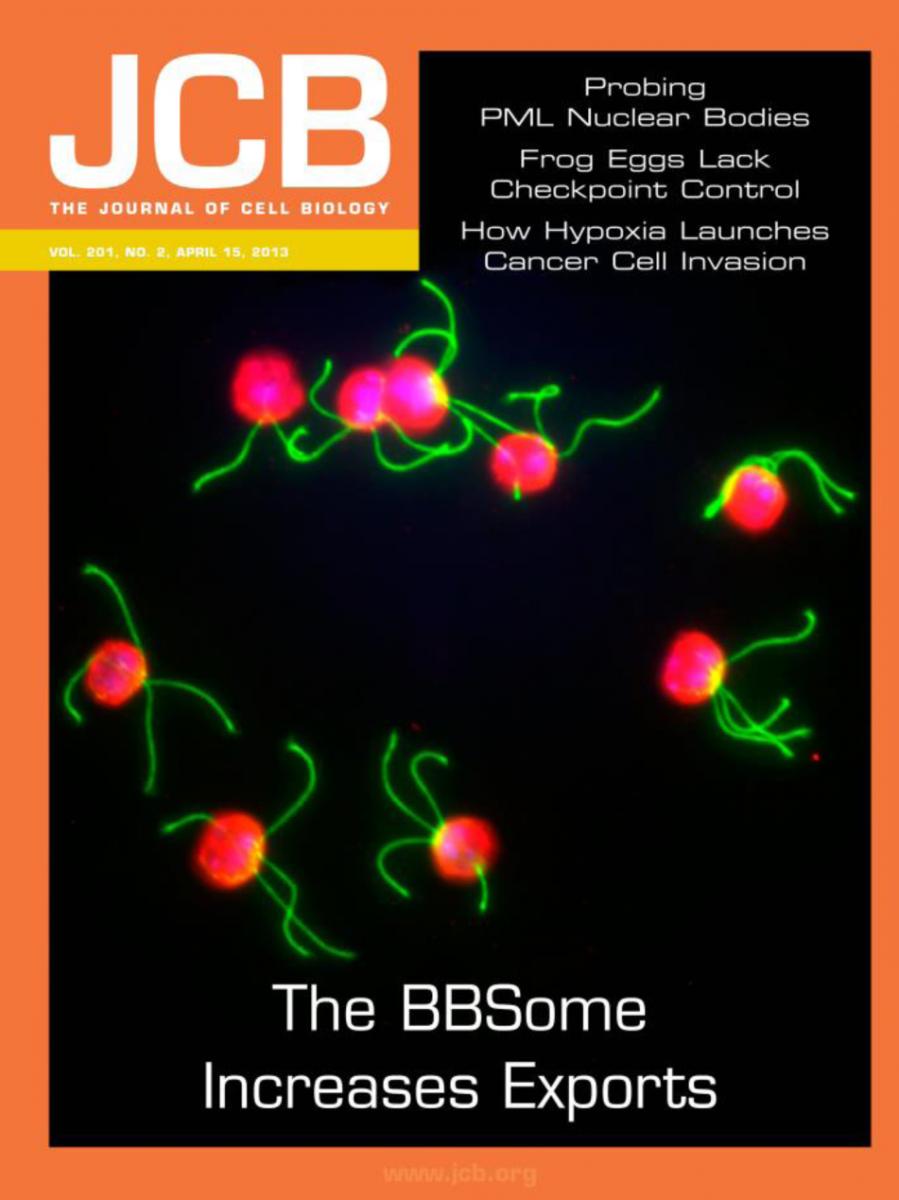